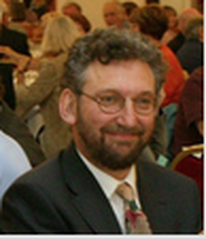 Malcolm Alexander, Director, ACHCEW
The Association of Community Health Councils for England and Wales was established in 1978 as a statutory body to support 204 Community Health Councils (CHCs) across England and Wales.  Its task has been to act as the national voice of the patient and the public in the NHS and to work towards the development of an NHS that treats patients with respect, is sensitive to their feelings and opinions and, most of all, that provides expert care to all on the basis of need.

This philosophy has driven the NHS from the start in 1948 but, in practise, had not been operationalised in many parts of the country when CHCs were established.
​

​When CHCs were established in 1974, the idea of patients rights and the duty of the NHS towards patients and carers, was in its infancy and the idea of tackling inequalities focussed on moving money, rather than addressing need.

CHCs and ACHCEW are unusual organisations in that they are statutory bodies run by local people and are able to campaign freely on patients' rights issues.  A major goal for CHCs and ACHCEW is to enhance the rights of patients and carers, so that their views and aspirations for health care have more weight in the NHS than professionals and managers.

New duties on the NHS will also make a substantial difference in the way that it serves the patient - Section 11 (Health and Social Care Act 2001) duties now require the NHS to involve patients and the public in development of services, and local authority Overview and Scrutiny Committees now have a right to monitor local health services.  Thus, there has been a sea-change in policy terms in the NHS's commitment to public involvement.

CHCs have been dedicated to the promotion of just for patients, and to sorting many thousands of people who have been the victims of failing health services.  In collaboration with the voluntary sector and patients' groups, they have been powerful agents of change and the inspiration behind the great patient involvement movement which has developed across the UK, dedicated to giving patients a powerful voice and real influence.

Sadly, in Britain major change usually follows a great tragedy and there are many exams of this ...
These were the sort of issues that CHCs have struggled with.  CHC members supported by expert staff have probed, explored, listened, demanded and won major changes in Government policy and great changes and improvements for patients.

Public involvement working at local and national level often identifies serious lapses in the NHS.  CHCs work with NHS managers, doctors, politicians, patients and their families to address these issues at every level - e.g. work with families of 28 babies who died in a Bristol Hospital as a result of failures in surgical techniques.  The parents campaigned with the support of CHCs, as a result there was a major Inquiry, leading to significant changes in the operation of the NHS, and in the way that patients and carers are involved in the NHS.

In these, and many other distressing situations, CHCs support the families, demand answers, call for proper governance of the NH and try to prevent a repeat of these tragedies.  ACHCEW, as a national body, campaigns alongside the CHCs to achieve changes in Government policy.

Complaints services run by CHCs have been another area where the patient and carer have received support and expertise unrivalled anywhere.  The pain and agony of so many of our clients has deeply affected CHC staff and members.  CHC advocacy for clients has brought relief and satisfaction to many, and has led to major improvements in service provision.  This work is greatly valued by patients, and often exposes failures in the governance of clinical care through the investigation of serious medical accidents.

CHCs and ACHCEW have created powerful community networks, given people hope, where there was despair, created a social movement across the country that is both locally influential and has continuously had a major influence on Government, the GMC (General Medical Council), and a large number of public bodies at national level.  Patients across the country have benefitted massively from the highly effective work of CHCs.

ACHCEW and CHCs will be abolished in 2003 and replaced with a new Commission for Patient and Public Involvement in Health (CPPIH) with 571 Patients' forums (instead of 184 CHCs) across England.  The development of the new Commission is the outcome of local and national campaigns for an independent national body to add weight to powers of the new Patients' Forums.  The Government has also conceded the right of access to primary care services for Patients' Forums, and the establishment of a complaints service will be legally constituted as a statutory ICAS (independent Complaints Advocacy Service).

CHCs and ACHCEW have jealously guarded their independence, and have fought vigorously for the independence of the new public involvement system, for sufficient resources, real influence and the unfettered right of access to all parts of the NHS.

To the top of the page